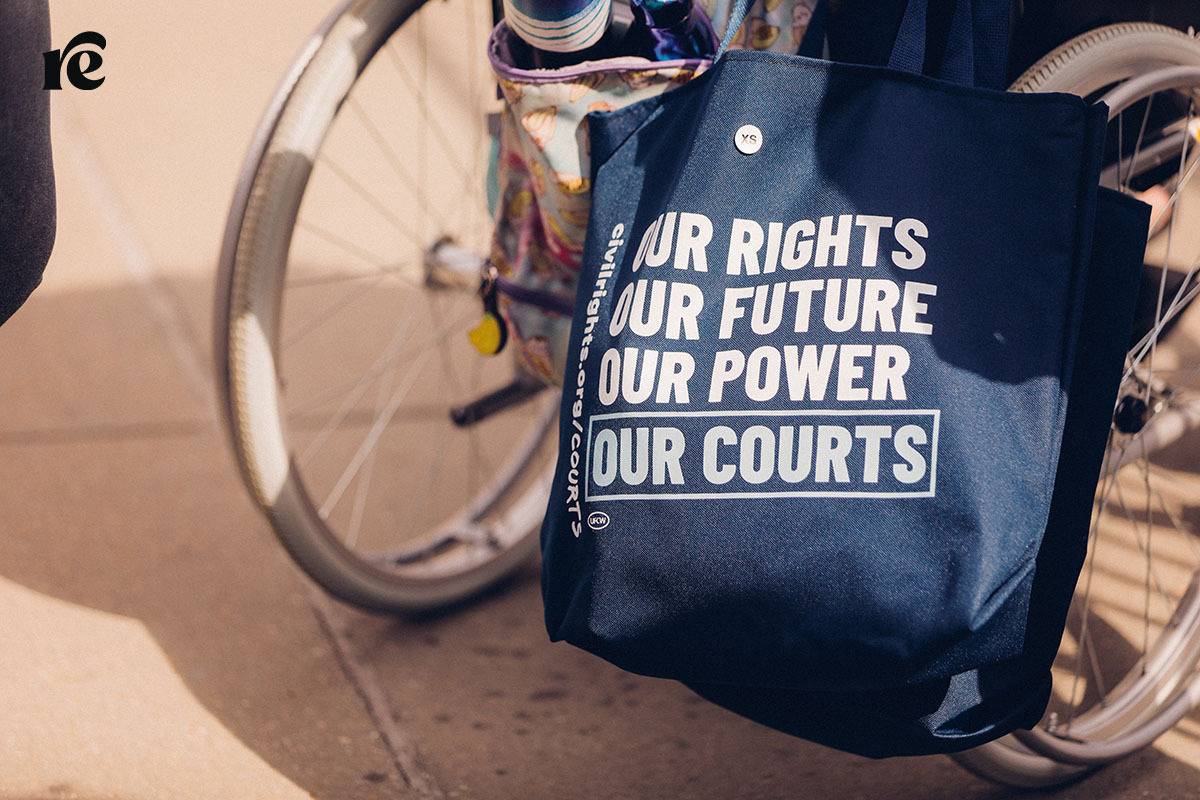 As we learned from Politico’s reporting last week, the Supreme Court is poised to strike down its landmark Roe v. Wade decision. Overturning Roe will be devastating for all people, but most deeply for historically marginalized groups, including people with disabilities.

In a forthcoming UCLA Law Review article, I write about how disabled people have both an increased need for abortion services and decreased access. Simply put, people with disabilities must be included in all efforts to protect abortion rights.

The attack on abortion rights reflects the legacy and continuation of a history in which reproduction has been weaponized to subjugate disabled people and other historically marginalized communities. As such, disabled people are acutely aware of what happens when the government gains control of our bodies. In particular, people with disabilities have faced a lengthy history of threats to bodily autonomy, including forced sterilization. Eugenics aimed to “improve” the human race by restricting procreation of those deemed undesirable—disabled people, immigrants, Black people, Indigenous people, LGBTQ people, and incarcerated people. Black disabled people were especially subjected to forced sterilization.

Roe has collapsed in Texas, and that’s just the beginning.

Stay up to date with The Fallout, a newsletter from our expert journalists.

Forced sterilization gained the blessing of the Supreme Court in the infamous 1927 Buck v. Bell decision. At 17 years old, Carrie Buck, who was deemed “feebleminded,” became pregnant after being sexually assaulted by her foster parents’ relative. To ostensibly hide the pregnancy that resulted from sexual violence, she was committed to the Virginia State Colony for Epileptics and Feeble Minded, where her mother was also institutionalized. After giving birth, Buck’s daughter, Vivian, was adopted by her foster family. The institution then sought to sterilize Buck per the state’s involuntary sterilization law.

After a series of appeals, the Supreme Court upheld Virginia’s law allowing institutions to condition a patient’s release upon sterilization as constitutional. In reaching this holding, Justice Oliver Wendell Holmes Jr. stated that the forced sterilization would benefit Buck’s welfare and that of society. He then proclaimed, “Three generations of imbeciles are enough.” Following this decision, more than 30 states enacted compulsory sterilization laws. By the late 20th century, roughly 70,000 Americans, many of whom had disabilities, were forcibly sterilized.

Even today, people with disabilities continue to endure state-sanctioned reproductive oppression. For example, a National Women’s Law Center report published in January found that 30 states and the District of Columbia still have involuntary sterilization laws on their books. In these states, guardians, who are appointed by courts to make decisions on behalf of disabled people, are often the ones choosing whether a person is sterilized, even if it is against that person’s wishes. Notably, research indicates sterilization is a standard procedure for disabled people. Guardians, also known as conservators in some states, are also permitted to make decisions about contraception, as demonstrated by Britney Spears’ case.

Despite enduring a lengthy history of reproductive oppression, people with disabilities have been largely ignored from discourse about abortion rights. This exclusion is particularly problematic because overturning Roe will have devastating consequences for disabled people, who often use abortion services because they experience substantial disadvantages.

First, access to comprehensive reproductive health services, including abortion care, is crucial for disabled people because they are at greater risk of health disparities. According to research, people with disabilities have higher rates of maternal mortality and morbidity than people without disabilities. Moreover, some disabled people take medications that must be stopped prior to pregnancy. Without abortion services, disabled people who have unintended pregnancies will be put in an impossible situation: Having to choose to suddenly end medication and risk harmful side effects, or continue medication that could harm them and their children.

Ultimately, restricting access to abortion will force pregnant people with disabilities to accept risks associated with pregnancy irrespective of their beliefs or health, placing some in considerable harm. This is both dangerous and cruel.

The bodily autonomy and self-determination that disabled people have fought so hard for will be completely undermined.

In light of the dire economic circumstances experienced by people with disabilities, reducing access to abortion services will only worsen the situation. In fact, 49 percent of people who have abortions live below the poverty line, and many people seeking abortions do so because they cannot afford the costs associated with childrearing. Thus, it is reasonable to assume that some people with disabilities need abortion services because the disproportionate poverty they endure makes them unable to afford to raise children.

Even now, abortion is out of reach for many people with disabilities. Researchers estimate that the average cost of an abortion procedure at about ten weeks in the United States is just over $500, and the median cost of an abortion procedure at 20 weeks’ gestation is $1,195. Given that most abortions are paid for out of pocket, these high costs can be prohibitive for disabled people. Moreover, a 2018 study found that 27 U.S. cities are “abortion deserts”—cities where people must travel at least 100 miles to reach an abortion provider. In addition to the high costs of abortions, which many disabled people cannot afford, some are unable to travel to an abortion provider because of lack of accessible transportation, especially in areas with limited to no abortion providers.

Ultimately, abortion access is essential for people with disabilities achieving some level of economic security. Some disabled people who have abortions likely do so because of their severe economic disadvantage, and increased abortion restrictions will only worsen these inequities. If abortion rights are further restricted, some disabled people will be forced to continue pregnancies and have children against their wishes and economic means, or they will seek unsafe methods of abortion.

Third, people with disabilities have inadequate access to reproductive health services and information, such as sex education and contraception, which makes abortion all the more important. Most people who have abortions do so because having a baby would disrupt their work, education, or ability to care for others. At the same time, research suggests that disabled people have higher rates of unintended pregnancies than nondisabled people. Disabled people also encounter significant barriers to accessing contraception, leading to decreased usage. Significantly, increased access to contraception is statistically associated with a reduction in abortion rates, which means that if disabled people had greater access to contraception they could be less likely to have an abortion.

The high rates of unintended pregnancies among people with disabilities likely also results from inadequate access to sex education and other information about reproduction and pregnancy prevention. Many students with disabilities are denied even basic sex education. Finally, the increased rate of unintended pregnancies among disabled people is also likely a consequence of the inadequate reproductive health care available to them. In other words, the pervasive barriers that disabled people encounter when seeking reproductive health services and information—combined with the numerous inequities they experience—underscore the necessity of abortion rights for disabled people.

Finally, abortion access is significant for people with disabilities because they are uniquely vulnerable to sexual assault, intimate partner violence, and reproductive oppression.

People with intellectual disabilities are seven times more likely than others to experience sexual violence. Disabled people also contend with increased rates of intimate partner violence, which increases their need for abortions. People with disabilities are also at heightened risk of reproductive coercion. Thus, the high rates of sexual assault, intimate partner violence, and reproductive coercion experienced by disabled people likely contribute to increased rates of unintended pregnancies, and consequently an increased need for abortions.

As the Supreme Court moves to overturn Roe, abortion rights activists must recognize the importance of abortion for people with disabilities. The bodily autonomy and self-determination that disabled people have fought so hard for will be completely undermined.

It will have devastating consequences for people with disabilities. It will bring us back to a time when the government controlled disabled people’s bodies—something we are still fighting against today. Disabled people must be intentionally and fully included in all efforts to protect abortion rights. We can no longer wait. 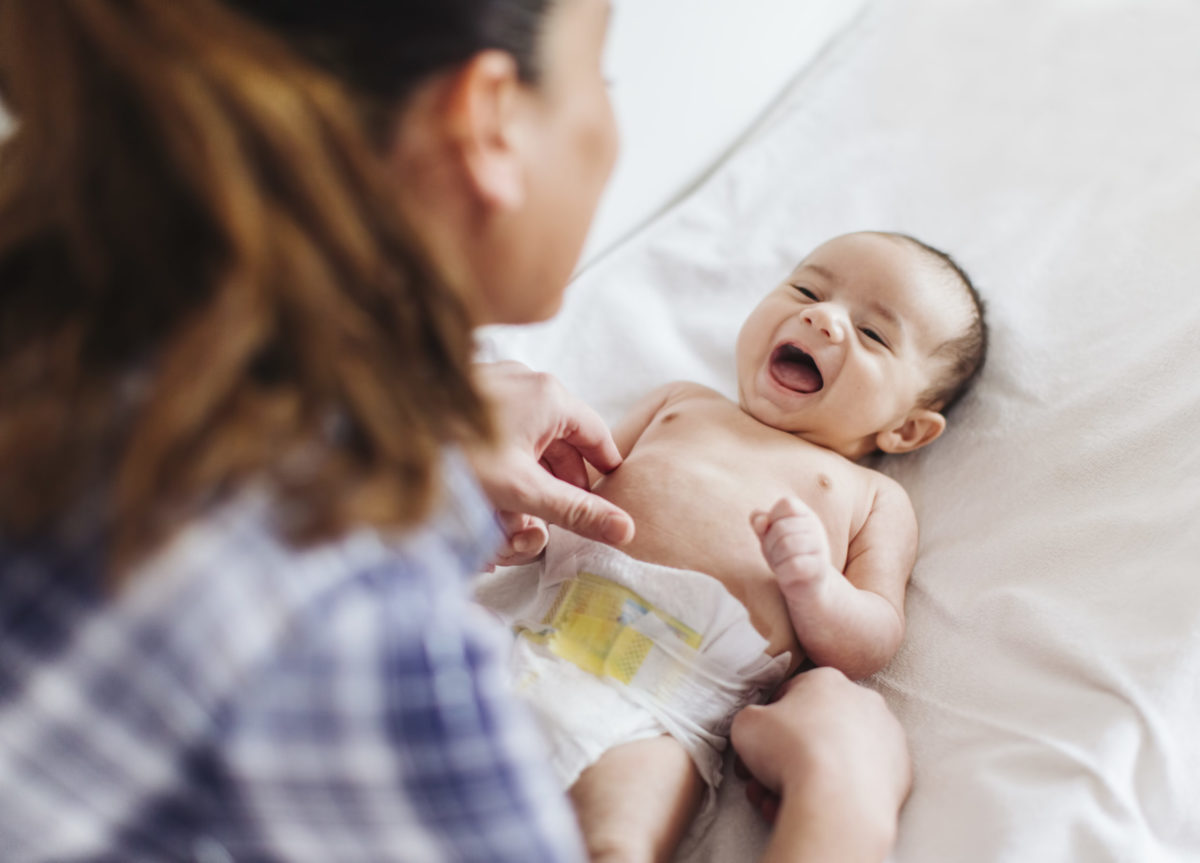 I Had Two Abortions. They’ve Undoubtedly Made Me a Better Mother. Sexual condition