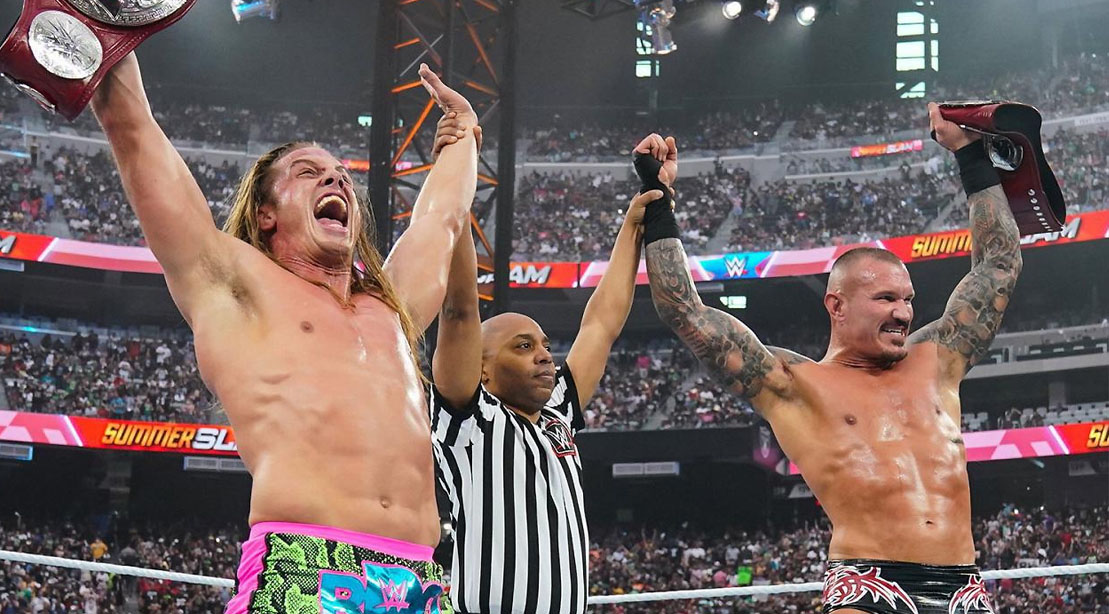 Last month, Randy Orton hit an incredible milestone when he celebrated an awe-inspiring 20 years of competing in WWE and with, gratifyingly, no end to his storied career in sight, the “The Viper” now finds himself in a position where he can pass on some of his hard-earned wisdom to a young protégé. M&F were in London for a huge show at the O2 arena to find out what advice the master of the RKO has provided to his tag team championship partner Matt Riddle.

Now aged 42, Randy Orton has done it all in WWE. The third-generation wrestler has held 14 world heavyweight championships, earned the Money in the Bank briefcase, and won the Royal Rumble twice. The man is also a bona fide icon, thanks to viral spoof videos of him RKO’ing everyone and everything, but to say that “The Legend Killer” hasn’t always been easy to get along with would be an understatement. “The Viper” has publicly acknowledged that he risked his career in the early days due to immaturity, and has thanked the likes of Triple H and Cody Rhodes for helping him to see the light. Fast forward to today, and it is Orton that is the now considered the veteran, taking his RK-Bro partner Riddle under his own wing.

Riddle, a former UFC athlete, is another grappler with the potential to be a big star but will also admit to “rubbing people up the wrong way.” Still, he is adored by fans who love him for his honesty and his skills in the ring, and we soon found out that having a career that lasts upwards of 20 years with the WWE is all about weighing up the risk and rewards associated with high-risk wrestling moves, while also conducting yourself as professionally as possible outside of the ring. Based on their comments to M&F, there’s no doubt that RK-Bro have evolved into a winning combination.

What advice would you give to Riddle to have the longevity that you’ve had?
Orton: Oh, that’s easy. You know, kind of looking at the things he’s doing in the ring, and you know there’s some high-risk stuff like for instance, tonight in London, he doesn’t need to risk his neck by doing a double, triple, corkscrew something or other off the top rope to the floor, because even though that would get a huge reaction in the moment, 10 seconds later everybody would have forgotten about it and we would have moved on to either the next match, or the finish.

You know, it’s important what we’re doing, and we give 110% but some of these guys, they’re going so high-risk. You can’t risk your career 200 nights a year. You know what I mean? So, it’s like percentages. Risks; you gotta look at all that and assess, like what makes the most sense for me to able to do this every single night. A ‘Floating Bro’ off the top rope to the floor, onto a group of guys like, you’re gonna be good, but there’s that you know, there’s that high-risk factor. So, maybe taking things like that out, saving them for a WrestleMania or something like that, that would be right off the top of my head the first thing, but he’s already been doing that and you wouldn’t even notice because he’s one of the hardest working guys in the ring. So, like even when I’m on the apron watching him, you know, he’s a goofball, but he’s also one of the most intelligent guys I’ve ever met, so it’s like he’s got a little bit of everything and when it comes to the stuff he does in the ring, he doesn’t hold back. So, I guess that would be the main thing with him, personally, is to hold back because he’s always going so hard, balls to the wall the entire time.

Riddle, what have you learned from Randy?
Riddle: What haven’t I learned? You know, I feel like I’ve learned a lot about the business side of things and handling myself but not just in the world of wrestling, but in the world of WWE. You know, because I feel like each promotion, each company I’ve worked for kinda has a different landscape. From the UFC to WWE, to the independent scene, everywhere, and I feel like he’s really helped me guide through the waters as smoothly as possible, at least for me, because I kinda ruffle feathers all the time and he’s been helping me out a lot with that. And of course, in-ring ability and just watching Randy every night doing what Randy does best, you’re gonna get better and your timing is gonna get better, your confidence is gonna go up too … your swagger goes up on the microphone. Everything goes up, and from day one till day now, for me, at least for me and my point of view, it’s night and day, like the transition and changes I’ve made and I would say maybe from the inside looking in it’s hard to see, but from being on the inside looking out, it’s night and day like I said and my job has gotten drastically easier and more fun working with this man.

RAW Tag Team Champions RK-Bro will team with Drew McIntyre at WrestleMania BackLash this Sunday to face Undisputed WWE Universal Champion Roman Reigns and SmackDown Tag Team Champions The Usos. You can see all the action live on Peacock in the United States and WWE Network everywhere else. 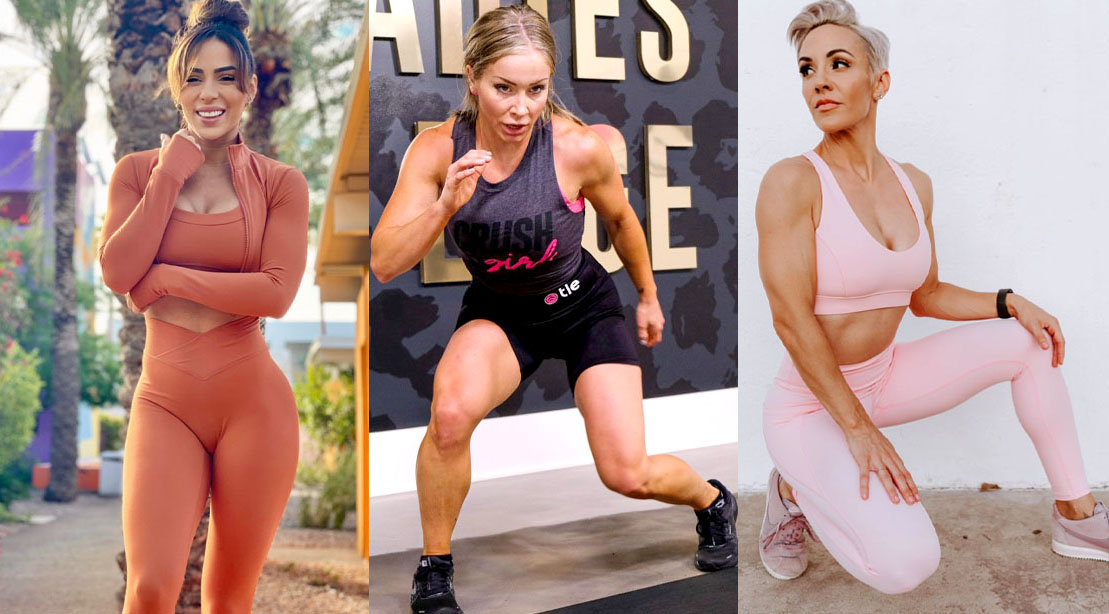 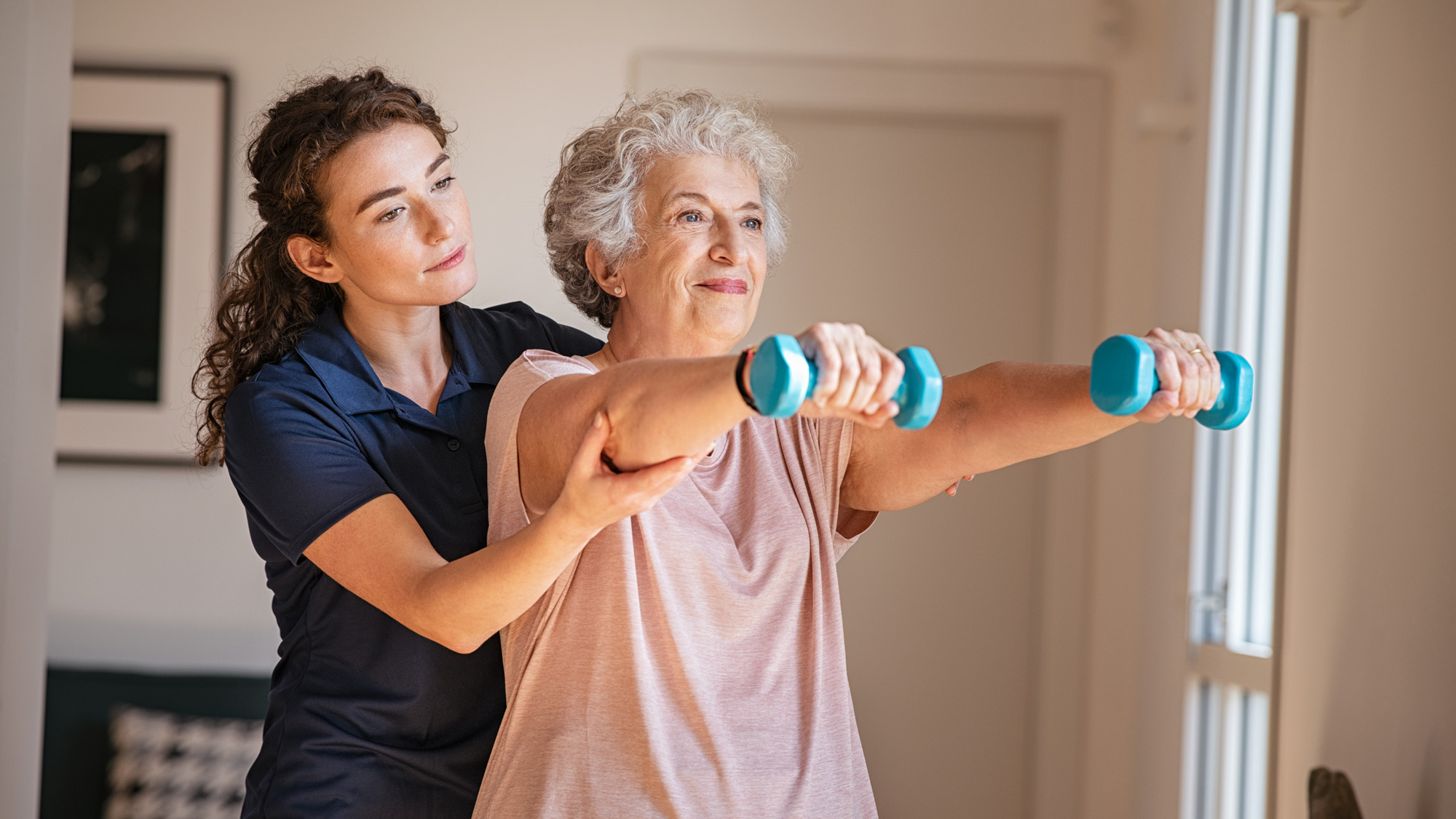 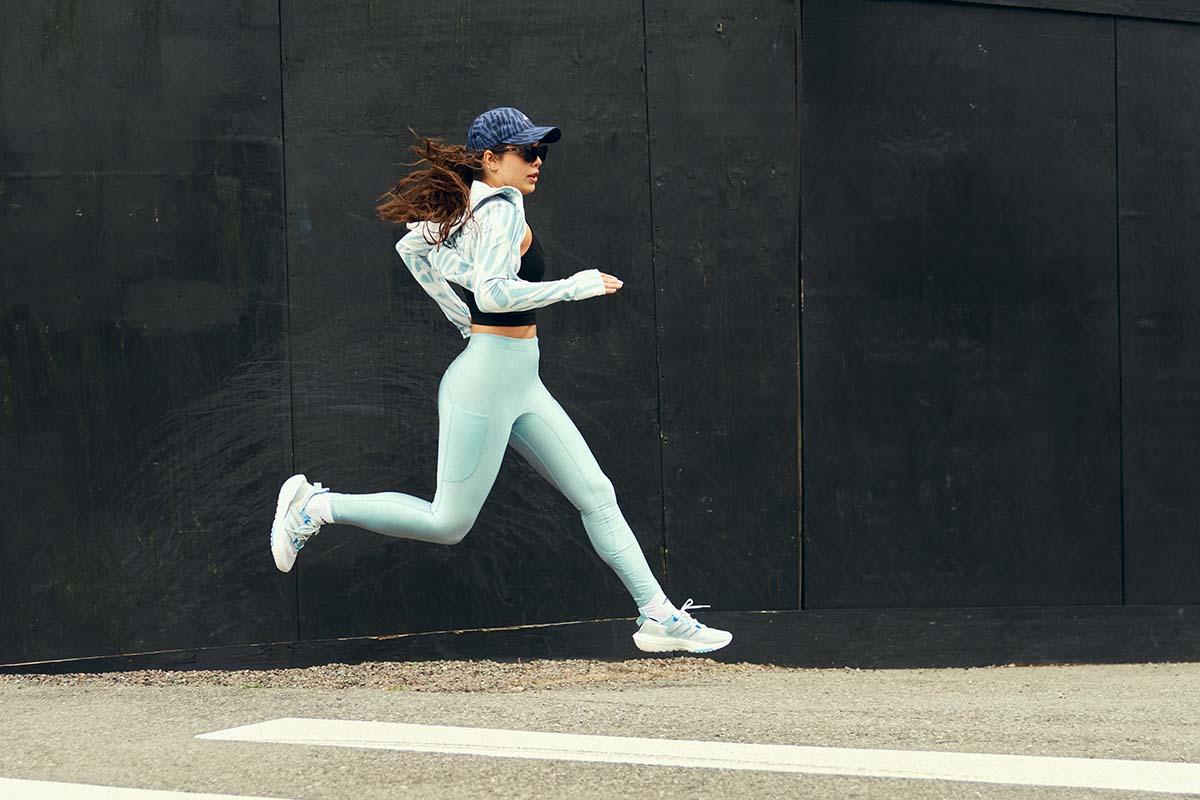 Tapering the Week Before a Half Marathon Fitness 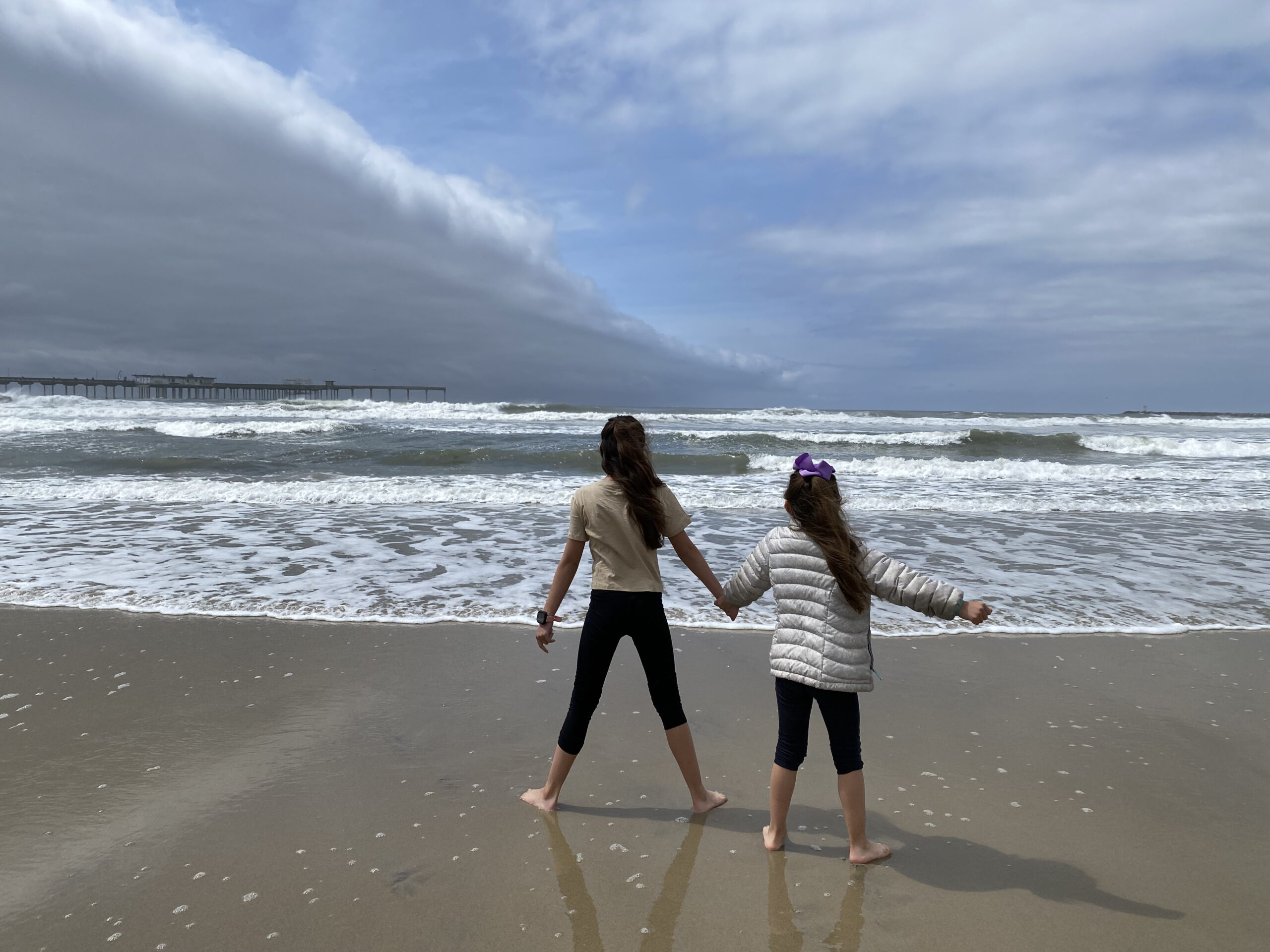